Qigong is the philosophy and practice of aligning breath, physical activity and awareness for mental, spiritual and corporeal health, as well as the development of human potential.(wikipedia)

These Qigong classes introduce excellent sets of contemplative breathing and movement exercises from the Shengzhen Qigong tradition. Through regular practice you will learn to cultivate a strong, supple body, deep relaxed breath and general health of body, mind and spirit. The movements are gentle, yet profound in their affect.

The meaning of Shenzhen is ‘Unconditional love’ and Gong means ‘to work or cultivate through practice.’ Thus, this form of Qigong places particular emphasis on strengthening our connection to our heart and our innate capacity to experience, generate and share the quality of unconditional love.

We often start with some simple awareness exercises and physical warmups and then move into a “form,” which is a sequence of movements and still postures.  In most forms we perform each movement multiple times allowing students to awaken to subtleties, refine the movement and find a clear coordination with the breath.

Some of the things I love about Qigong:

The traditions of Qigong I draw on:

Sheng Zhen means “unconditional love” and this qigong is an integrated practice and philosophy that cultivates an awakening and understanding of the sacred truth of unconditional love. This Qigong strengthens and relaxes the body, balances the mind, and elevates the spirit. Li Junfeng is the principle teacher of Shengzhen Gong and you can learn more at shengzhen.org

Medical Qigong forms are based in ancient Chinese understandings of how to cultivate health and longevity through mind-body practices. These forms often focus on the healthy function of the internal organs understood through theory of Traditional Chinese Medicine. Medical Qigong constitutes a fundamental branch of Traditional Chinese Medicine (the others are acupuncture, massage, and herbology). 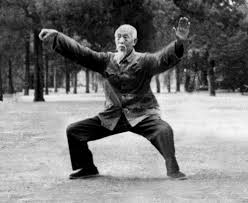 Taiji Chuan (also spelled t’ai chi chuan) is the best know Qigong practice throughout the world. This and other martial forms of Qigong are primarily used to cultivate health and wellbeing. Aligning with their martial roots they place a particular emphasis on developing grounding, power and ease, which prepares a person to gracefully engage with all they encounter in this world.

A history of my personal path of Qigong practice.

I began my studies of Qigong in 1997, with Yang style Taiji Chuan the slow, meditative, marital movements that are the most well known form of Qigong in the world. This initial exposure included numerous preparatory and training exercises that I was particularly attracted to and would practice daily. I went on to study Chen style Taiji Chuan while living in China for a year in 1999-2000.  I continued with these forms of Taiji based practice for many years until I began studying medically oriented qigong while living in France in 2005-2006. I continued learning more medical and health oriented forms while studying Shiatsu and Massage Therapy  in California from 2006-2008.

It was during this period that I was exposed to Sheng Zhen Qigong, a form that I would describe as more heart centered then what I had encountered before. Shen Zhen means unconditional love, and as a Qigong system it clearly combines physical, spiritual, and emotional cultivation in a way that makes sense to me and I enjoy practicing.  Since then most of my studies have focused on this form of Qigong, which I’m now certified to teach. At the same time I continue to practice many of the forms I have studied over the years and have developed a deep appreciation for the diversity and depth of Qigong philosophy and practice.

Through the teachings of Li Junfeng the lead teacher of the Sheng Zhen Qigong, I have developed a far reaching philosophical understanding of Qigong, centered around a definition of Qigong as the exchange of Qi between ourselves and the universe.

Through out all of this time I have continued to study and practice yoga, dance and somatic education methods that also align breath, physical activity, and awareness. While these do not originate in Chinese culture or use the Chinese language to name themselves, they are part of the same field broadly defined. From one linguistic perspective Yoga could be called Indian Qigong, and somatic education could be called contemporary western Qigong. From another perspective Qigong could be called Chinese Yoga. It is important to recognize the differences in philosophy and methods of these different lineages, but at the same time it is very important not to loose sight of the commonalities. They are all bound to engage with the common ground of our humanness and our universe. They all engage with breath, movement and awareness and they all direct us inwardly to our direct experience of self and the universe.

Videos of one of my teachers practicing. I often teach these forms and with these videos you can practice at home: